Ivan Alejandro Villanueva Garcia, 18 of Sunray, passed away on Saturday, August 1, 2020. The funeral mass will be celebrated at 2 oclock in the afternoon on Thursday, August 6, 2020 at Sts. Peter and Paul Catholic Church with Father Gabriel Garcia as celebrant. Interment will follow in Brown Memorial Cemetery in Sunray. The rosary will be recited at 6 oclock in the evening on Wednesday at Morrison Memorial Chapel in Dumas. Arrangements are entrusted to Morrison Funeral Directors. Ivan was born on January 15, 2002 in Delicias Chihuahua Mexico to Humberto Villanueva and Veronica Garcia. He had recently moved to Sunray three years ago where he worked in construction. He was a loving son, father and brother who will be greatly missed. Ivan was preceded in death by his daughter, Elena Villanueva. Ivan is survived by his parents, Humberto and Veronica Garcia Villanueva of Sunray, TX; brothers: Adrian Villanueva and Ivonne Zubirias of Amarillo, TX and Edgar Villanueva and Ericka Sanchez of Sunray, TX; son, Abram Villanueva of Dumas, TX.

To plant memorial trees or send flowers to the family in memory of Ivan Garcia, please visit our flower store.

A photo was added for Ivan Alejandro Villanueva Garcia 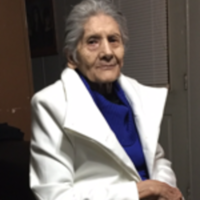